When Rajnikanth had to join Siri AB in June last year, he had several apprehensions. After all, the world was in the middle of a large-scale pandemic that comes once in a century. At a time when India was in total lockdown and had curbed international travels, his concerns were legit. 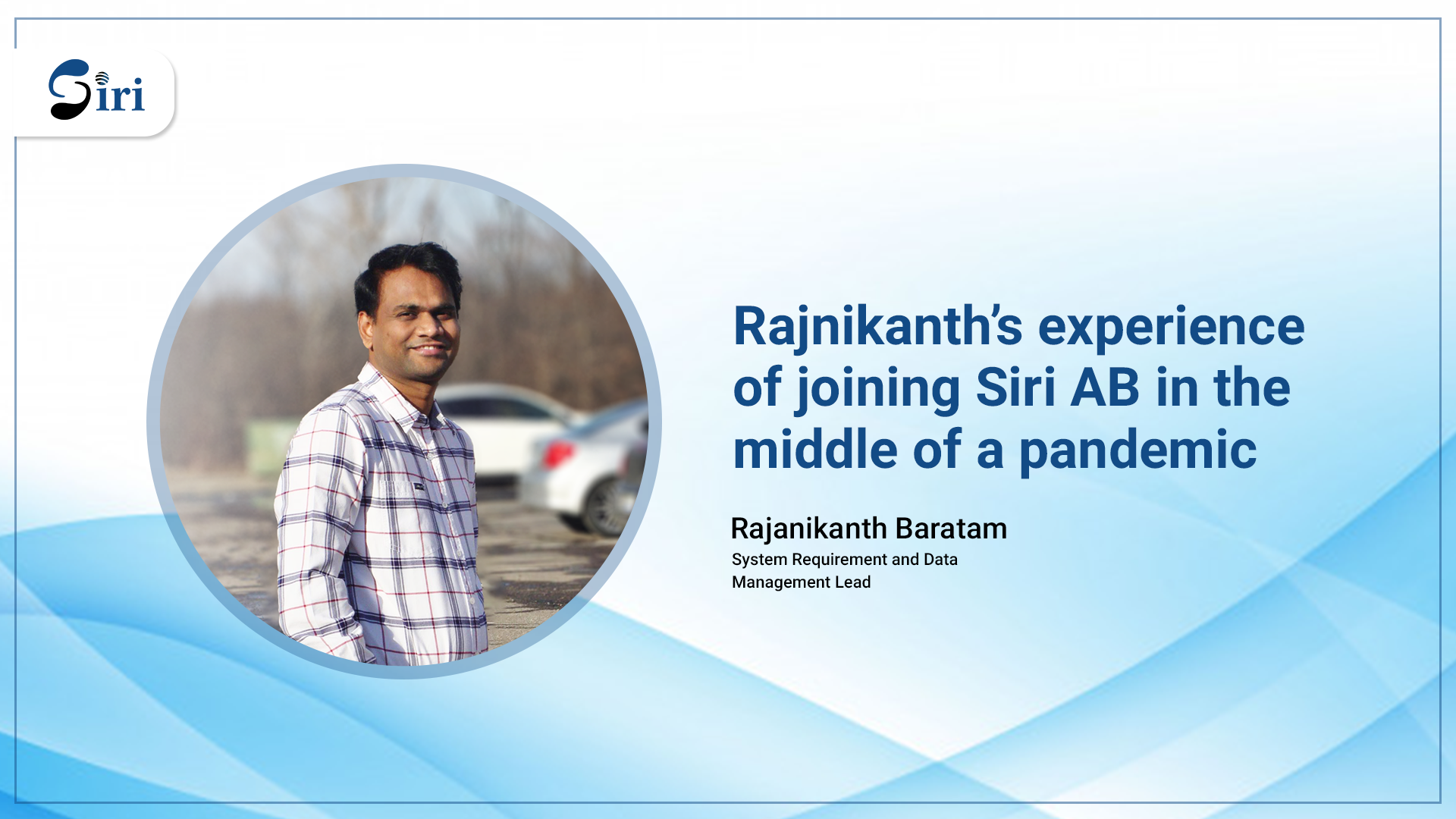 However, he was pleasantly surprised with his smooth on-boarding and integration into the organisation. In his words, it was as perfect as it could be.

Siri AB had ensured the right infrastructure for accessing all the information from day one. He joined the organisation as Requirement and Data Management Systems Lead. As part of his role, he was supposed to initiate the offshoring activity in India. In a scenario where companies were taking tough business decisions, Siri AB continued with the plan. In no time, Rajnikanth started working on building his team.

Rajnikanth says this would not be possible without Siri AB’s focus on honouring their offers and building the right ecosystem for virtual on-boarding. When asked to pinpoint one thing that helped him the most, he says it was meeting his team members on his first day at Siri AB.

The distance between Sweden and India didn’t matter, and he met all of them virtually. He says the team acted as a catalyst in his alignment with the company. Moreover, virtual discussions with his manager helped him in understanding the expectations that the organisation had from him.

Now that he has spent a few months with Siri AB, he says the company has done a good job in keeping the communication lines open, despite the pandemic. Through regular weekly calls, he feels connected with his team placed in a different part of the world. He is also appreciative of the fact that Siri AB had arranged all the assets that brought him up to speed.

Rajnikanth is delighted with the experience he received as a new employee at Siri AB. He says he is proud to be associated with an organisation that thinks ahead to make the employees comfortable.

Note: This post carries the gist of Rajinikanth story captured by Kiruba Shankar